I am interested in the genetic basis of phenotypic evolution and especially in evolutionary innovations – that is, the origin of new morphological structures, developmental processes, and genetic regulatory circuits.  Although true novelties are relatively rare, they ultimately shape all the complexity and diversity we see in nature – from geological nutrient cycles that support life to human sentience that occasionally distinguishes us from other animals.  Projects in our lab seek to reconstruct the origin of innovations at all levels of biological organization, from new functional elements in the genome to new genetic pathways to entire new organs.  I haven’t done an honest day of lab work in a long time (although I still torture flies sometimes), so I live vicariously through my labmates’ projects. The sex comb is a morphological structure on the first leg of some Drosophila males that consists of modified mechanosensory bristles. It is a recent evolutionary innovation and plays an important role in courtship and mating. I am interested in the genetic and molecular mechanisms underlying the origin of morphologically different sex combs. Novel interactions between HOX and sex determination genes seem to play an important role in sex comb evolution. The HOX gene Scr is one of the key genes responsible for the origin of this new sex-specific structure.  Right now I am working on a detailed functional dissection and comparative analysis of the regulatory elements of the Scr gene in multiple Drosophila species. This research will yield insight into how morphological innovation evolves. 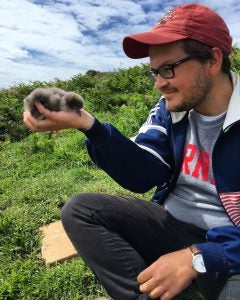 I’m interested in the evolution of novelty, both its developmental genetic basis and associated fitness effects. While the appearance of traits can be modified by changes in the developmental pathways that build them, how new pathways evolve remains unresolved. To understand this process, my work uses a combination of comparative single-cell RNA-sequencing and developmental genetic experiments to reconstruct the evolutionary assembly of a sex-specific innovation: the Drosophila sex comb. I also maintain a strong interest in the evolution of reproductive traits more broadly, which was the focus of my PhD work at the University of Oxford. My work is funded by a long-term fellowship from the Human Frontier Science Program Organization. 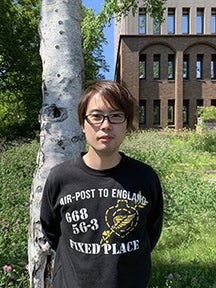 What I’m interested in is genetic basis of morphological evolution. Especially, I would like to understand the mechanisms that produce morphological novelties and the differences between species and sexes at the molecular and cellular levels. For that, studying the pigmentation patterns of different Drosophila species can be one of the best approaches. As a PhD student, I worked on polka-dotted wing pigmentation of Drosophila guttifera to study the developmental mechanisms responsible for the emergence of novel color pattern. In this lab, I am working on the abdominal pigmentation in the Drosophila montium species group, and studying the genetic basis of evolution of female-limited polymorphisms and dominance reversals. One of the most astounding mechanisms of evolutionary innovation is the ability for functional genes to evolve de novo from “inert” DNA sequence. However, such a change must be accompanied by the regulatory framework to control the new gene’s expression. l study whether new regulatory sequence is driving the expression of de novo genes in Drosophila melanogaster. 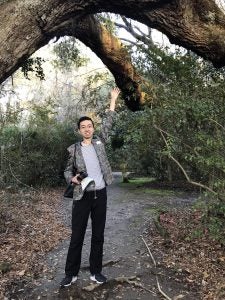 Yige is a graduate student in the Population Biology Program and the Statistics Program. Before joining the Kopp Lab, he received his Bachelor Degree in the Biological Science at Peking University. He is broadly interested in the molecular genetics and the ecological implications underlying evolutionary innovations that generate the endless forms of diversities. Among these diversities, he is particularly interested the differences between sexes (sexual dimorphism), trying to understand its origin by interrogating chemical communication systems of Drosophila. Using Drosophila prolongata, an exotic looking fly enriched in sexually dimorphic traits, he focuses on unraveling genes and their regulatory elements responsible for sexually dimorphic pheromone production. Combining massive omic data and fine scale molecular genetics tools (e.g. CRISPR), his work would help address the question in evolution – why sexually dimorphic traits evolved in some species, but not in closely related species. 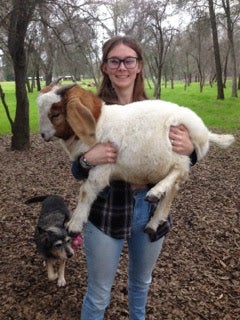 Currently as an undergraduate student majoring in genetics and genomics, I received the honor to work in the Kopp lab. I am working under Emily Delaney studying polymorphism in Drosophila serrata and identifying possible fitness differences due to clinal variation. Under Olga Barmina I am helping to study the roles of dsx cis-regulatory elements and their effects on the development of the Drosophila sex comb. 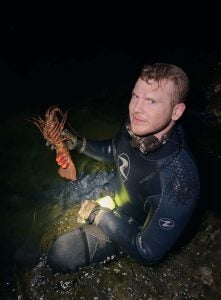 I am a junior in the Evolution, Ecology, and Biodiversity program with broad interests in macroevolution, genomics, and evolutionary development. Specifically, I want to integrate mechanistic molecular and developmental descriptions with comparative genomic and phylogenetic approaches to investigate the evolution and diversification of novel phenotypic traits. I come from a background in behavioral ecology, and I am always interested in evolutionary questions that span multiple levels of biological organization.