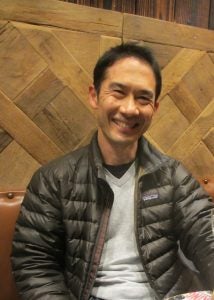 My research interest is in the genetic basis of phenotypic diversity. I focus at the level of gene regulation. I am interested in how changes in gene expression among species, sexes and life history stages direct development of distinct morphologies. I also seek to understand how cis-regulatory elements, the DNA sequences that control transcription, evolve. In the Kopp lab, I am studying the roles of the cis-regulatory changes in the evolution of a male-specific structure called sex combs.

In spite of a shared genome, males and females can differ dramatically in form, physiology, or behavior. To better understand how the sexes develop different phenotypes from a nearly identical set of genes, my research focuses on the molecular origin of sex-specific gene regulation. I study sex-limited color polymorphisms in the Drosophila montium clade and the genetic changes that produce discrete color morphs in females. Characterizing the genetic mechanisms through which sex-specific gene regulation arises will elucidate how sexually dimorphic traits evolve.

My primary goal has always been to understand the origin of natural diversity at a mechanistic level. In the Kopp lab, I analyzed recently evolved morphological novelties, including Drosophila sex combs and the D. suzukii ovipositor. Currently, I’m an assistant professor at the University of New Orleans. I’m looking for graduate students interested in comparative genomics, evolutionary developmental biology and the role of transposable elements in evolution.
http://www.uno.edu/cos/biology/faculty.aspx As a graduate student in the Kopp Lab, I characterized the microbes associated with natural populations of diverse species of Drosophila. I then did a two-year postdoc with Shannon Bennett at the California Academy of Sciences in San Francisco, where I used shotgun metagenomic sequencing for virus discovery in mosquitoes. I am currently an NIH NRSA postdoctoral fellow at UC Berkeley working with Will Ludington and Mike Eisen. My research investigates the relationship between animals, their microbiome, and diet using the Drosophila model system to ask how microbes shape resistance to environmental toxins, in this case ingested ethanol. More information at https://anguschandler.wordpress.com/

I focus primarily on the development and evolution of avian traits, combining approaches and tools in comparative genomics, developmental biology, and molecular genetics to understand the basis of feather variation and the evolution of the morphological, behavioral, and physiological diversity of domesticated birds.http://gcsng15.wixsite.com/nglab/

How does evolution proceed from common starting points and go on to generate the amazing display of biodiversity we see today? The evolutionary origins of novel and complex forms has puzzled biologists since before Darwin’s time and persists as one of the central questions in evolutionary biology. Research in my lab at UNH seeks shed light on this question using the origins and evolution of the animal sensory systems as a model. Our approach integrates genomics and phylogenetics with wet lab and behavioral experiments. We are most interested in the sensory systems of Cnidaria, which are the evolutionary sister to bilaterians, and in those of other taxa that occupy key positions in the animal tree of life.

I am a Research Scientist in the Bioinformatics group at Gilead Sciences. In my role, I lead any genomics related work for phase I/II/III clinical trials in the liver disease area and perform genomics research with a focus on hepatitis B. Aside from clinical trials, I collaborate across medicinal chemistry and biology groups to design genomics studies addressing key questions to various liver disease programs and evaluate new genomics technologies.

I am primarily interested in the genetic basis of phenotypic variation, be that for complex traits like behavior or simple phenotypes such as pigmentation. As a graduate student in the Kopp lab I investigated the genetic basis of convergent evolution in male-specific pigmentation in several species of Drosophila. I am currently a postdoc in the lab of Sergey Nuzhdin, where I am working to combine high through-put evaluation of complex behaviors in Drosophila with analysis of dynamic changes in gene expression and alternative splicing.

Whether it is the brightly colored feathers of the male peacock or the horns of male dung beetles, scientists have long been intrigued by sexually dimorphic traits. However, the molecular mechanisms responsible for the origin of these sex specific traits are not well known. In the Kopp lab, I studied the role of transcription factor doublesex (dsx) in the origin and diversification of the  sex combs of the Drosophila melanogaster and obscura species groups and the sex brush of the Drosophila immigrans species group. I am currently a postdoc with Mark Rebeiz at the University of Pittsburgh.

I am interested in evo-devo on a macro-evolutionary scale.  As a graduate student in the Kopp lab from 2011-2017, I studied the sexual differentiation pathway in hemimetablous insects to understand how the genetic regulation of sex evolved in holometabolous insects like the fruit fly, honey bee, and silk worm. I’m still working on the comparison between hemi- and holo-metabolous insects in my current role as a postdoctoral researcher in Leslie Pick’s lab at the University of Maryland.

erested in the links between molecular evolution and phenotypic evolution.  I study these questions in the speciesDrosophila prolongata, males of which have forelegs with pronounced expansion of chemosensory bristles and a dramatic increase in relative size.  I am investigating the enhancer evolution responsible for gene expression changes that underlie the chemosensory bristle expansion, the gene expression and protein sequence changes of chemoreceptor genes in these bristles, and the cellular processes during development that produce larger relative leg size. The accessory glands are secretory organs found in the reproductive system of Drosophila males, and are considered to be functionally equivalent to the human prostate. Only two cell types, the primary and secondary cells, secrete products into the lumen of this organ, which are then transferred to the female during mating. While much is known about the function of these proteins in the female post-mating, little is known about development of these glands in the first place. Currently, I am studying cell fate specification in the accessory glands, and working on projects related to testes function, sex brush/comb evolution, as well as evolution of the female reproductive system. I am interested in the mode and tempo of transcriptome evolution. Through comparative RNA-seq I am investigating the relative rates of regulatory change, gene duplication, de novo origination, and coding sequence change causing the evolution and turnover of tissue transcriptomes.